Patricia is an award-winning cartoonist, as well as a children’s book illustrator and picture book author. Her picture book ‘The Pirate and the Penguin’ was named one of the top 10 Great Books for Children for 2011, by the Canadian Toy Testing Council. Patricia lives and creates in Toronto, Canada, with her husband Guy and two quirky cats in a cosy old house full to the brim with books.

Patricia has recently illustrated a non-fiction book which is coming out this November called ‘Snowy Science’, written by Shar Levine and Leslie Johnstone, and published by Scholastic Canada. It’s a fun science book jam-packed with experiments inspired by the freezing cold weather. She’s also illustrated another non-fiction book, which will be available March 2012. The working title is ‘The Young Person’s Guide to Grown-Ups’, and it’s written by Monte Montgomery and is published by Bloomsbury US. This book is a humorous study of those strange creatures called grown-ups, and

how young kids can better navigate their bizarre world. Patricia also wanted to mention that in Fall 2010 she illustrated a hilarious non-fiction book called ‘Be a Writing Superstar’ by the very talented Joel Sutherland, published by Scholastic Canada. Joel’s book is an irreverent writing guide for young readers and writers.

Who is one of your favorite (fictional or non-fictional) characters?

I must confess that one of my favourite fictional characters is from a series of books that I have yet to read. Probably the one character whom I like the most is Inspector Morse, even though I have not read the Morse books by author Colin Dexter. However, I have watched every Inspector Morse episode many, many times. So what is it about Morse that is so appealing? Goodness knows he has plenty of flaws – misanthropic, elitist, moody and often humorless, afraid of heights, squeamish about dead bodies, too fond of drink, and incapable of maintaining any sort of healthy relationship with a woman. But Morse is also clever and intelligent, passionate about language, art and opera, and a sensitive soul who though not one to admit it, cares a great deal for his partner, Sergeant Lewis. Morse is marvelously complex – the antithesis of two-dimensional, which is exactly what I look for in fictional characters, and most especially in friends. 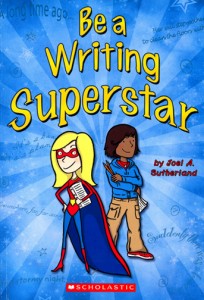 Talk about one thing that’s making you happy right now.

I try to power walk at least for an hour, every day if at all possible. I find walking particularly helpful if I’m in one of my black hole “I suck at everything” moods. Exercising in the outdoors, especially in this beautiful cool crisp Fall weather, lifts my spirits and frees my mind. And it’s never boring – I encounter so much life on my travels. My route takes me on quite a range of economic levels, from Ontario housing to working class all the way to fancy schmancy neighbourhoods with the nannies pushing the prams and the landscapers designing the lawns. The city I live in (Toronto) is a wealth of diversity and inspiration. In fact, some pretty darn good ideas have actually popped into my head from time to time while on my bipedal adventures.

Share one quirk you have that most people don’t know about.

I know that most people are not going to believe this, but I am actually very shy. (Deb Joanne is laughing and eye-rolling) Ok, enough with the eyeball rolling and laughter, I am serious.  I always did well in grade school and the only criticism I ever got from teachers was, “Patricia is an excellent student but needs to speak up more – she only responds to questions when directly asked.” I was raised in a household where children were ‘seen and not heard’, and kids were not supposed to speak to grown-ups unless spoken to. As a kid I loved to write & draw funny stuff, but back then I just didn’t know how to express myself verbally. It wasn’t until about grade 10 that I started to discover my ‘funny voice’ and realized that I could make people laugh, and that no one would throw rocks at me. As I have gotten older, I’ve become more connected with my ‘funny voice’, but I still agonize before any kind of social function or presentation. My core self is still a chubby shy little girl, but somehow I have managed to create this outgoing persona who always saves my frightened fanny. Go figure.

Do you have any phobias?

Oh yeah. I’m a very nervous flyer. I really wish I wasn’t – it’s embarrassing to be the one neurotic nutbar on the plane while everyone else appears to be so blasé about the fact that they are in a compressed cabin flying thousands of feet in the air, for cryin’ out loud it’s INSANE! But that does not mean I don’t fly – it just means I consume enough happy drugs to keep me relatively calm and distracted while I’m up in the sky. I’m very proud of the fact that I survived 13 flights in one week when I travelled all around Nunavut in 2009, and in tiny airplanes, I might add! Tiny airplanes that sometimes shook back and forth like something out of an Indiana Jones movie! Oy, I’m freaking out just thinking about it.

Have you ever met someone you idolized?  What was it like?

When I was in high school (many, many years ago) I was lucky enough to meet (albeit very briefly) the Canadian author Robertson Davies. I was a big fan of his work when I was a teenager. Actually, I still think his books rock. The event was held at the Burlington Golf & Country Club, and I went with my librarian mother, so that gives you an idea of my cool factor back then. The other big name on the ticket was the Canadian author Peter C. Newman, who had just published his second volume of ‘The Canadian Establishment’, which was basically a non-fiction book all about Canuck rich people. The audience was mainly rich folk who weren’t big on literary fiction. Guess which author got all the attention? Not one single person in that crowded room asked Robertson Davies a question, and he let that crowd know he was not impressed with their vacuous interest in the lives of the rich & famous. What intellectual fortitude! How I wanted to impress this man! I had hoped to ask Mr. Davies something clever about his fabulous new novel, The Rebel Angels, but my head was empty. So I decided I would be clever when it came time to get him to sign his new book. As I approached this smiling old fellow, looking ever so much like the cliché literary author with his long white beard and thick tweed jacket, I decided I would start a conversation by criticising one of his earlier works. I wanted to know what he thought of his earlier novel, Tempest-Tost because I felt that it was quite weak compared to the brilliant Fifth Business. Mr. Davies just smiled as he signed my book and replied, “Oh, I love everything I write!” And that was the end of that conversation – he made it clear he was done talking to me. What a pompous ass, I thought to myself. Of course now, over 30 years later, from my vantage point of a middle-aged published picture book author/illustrator, I cringe when I think of this exchange. What an arrogant smart-assed teenager I was! How Mr. Davies must have wanted to smack me upside my idiotic head. If anyone ever tried to pull that kind of crap on me at one of my book signings, I don’t think I would be as gracious as Roberston Davies, that’s for sure. And I was wrong. I’ve reread ‘Tempest Tost’ and it’s a great book. Ah, youth is wasted on the young!

Thanks for being with us here at The Debutante Ball, Patricia.  We’re so impressed by your portfolio and loved your interview!  You can find Patricia online (her portfolio is amazing, we suggest you check it out!):

Patricia has generously offered a copy of The Pirate and the Penguin to one of our commenters.

To be entered, we’d love to hear about one thing that’s making YOU happy right now.